During periods of uncertainty, investors tend to prefer assets that provide stable income, combined with low volatility to preserve their wealth. UK commercial property investment has changed significantly over the last 15 years, but even through periods of uncertainty, it remains high on investors’ wish lists due to its long-term secure cash-flows, low correlation with other asset classes, relatively high income (compared to bonds and gilts) and lower volatility (compared to equities).

After a period of consolidation, financial market instability returned at the start of July. The most significant movement has been a further depreciation in the pound, with the GBP/USD rate declining as low as $1.28. The FTSE100 (in addition to the more representative FTSE 250) has rallied and is now above its level on the day of the vote. The IMF forecasts a slowdown in GDP growth rates to 1.1% next year but states that of the G7 nations, only the USA and Canada will have better economic growth.

Going into the property sector, we expect that investment fundamentals become a key factor in 2016/2017, with great emphasis on the income producing potential of the various asset classes and the ability to find addition value through active management.

Looking at the commercial market, Savills states that 2016 will be a different year for commercial property investors than 2014 and 2015, with the strong capital value growth story of recent years starting to tail off. However, despite the referendum outcome, large institutions are still attracted by the City office market. Wells Fargo, the world’s biggest bank by market capitalisation has agreed to buy an 11-storey building known as 33 Central in one of the largest London property deals to be sealed since the June 23 referendum. The acquisition is for its own occupation, but to acquire the freehold is an unusual step for a City office occupier and suggests that weak Sterling makes now an opportune moment to pursue such a strategy as a US company. The US bank said that there was no change in its international strategy. This transaction indicates that the UK property fundamentals are still strong and we expect to see a growing investor focus on rental growth and income returns, as well as on value-adding strategies such as refurbishment and development. What is more, low vacancy, coupled with an increasingly diverse occupier base, should prevent a dramatic fall in rents in the London office market. The London market is much less reliant on the financial sector now.

Looking at the residential sector, historically it has proved to be the best performing and lowest risk of all the major asset classes. In fact, between 1973 and 2016, the UK residential market has seen no five-year period with negative total returns, after accounting for both rental income and capital gains. During even the Global Financial Crisis for example, UK property prices strongly outperformed the FTSE All-Share Index.

In the long-term, being in or out of Europe simply does not reverse the fundamental driver of the mainstream housing market, namely that there are too many people chasing too few homes. According to Savills, in 2015, 156,000 new homes were started in Great Britain, of which 140,500 were in England. This is the highest number of new starts since the downturn in 2008 but it is still just over half of what the UK should be building. Supply is constrained by things like planning rules, lack of public investment, skills shortages, and even the availability of raw materials. Demand is further boosted by domestic population growth and the low cost of borrowing. This simple disconnect between supply and demand has driven prices and will continue to provide upward pressure over the medium to long-term.  So, while “Leave” has won the day, we believe that for the UK housing market the medium and long-term outlook is still positive. In the end, people need somewhere to live. 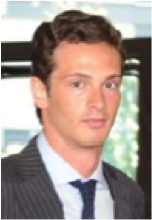