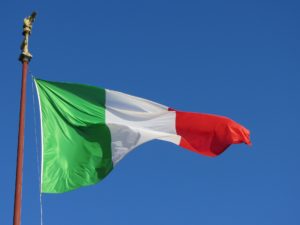 Italy woke up on Monday with the threat of a banking crisis, political turmoil, and a group of anti-establishment populists with a very real possibility of taking the Prime Minister’s house. Italy is the Eurozone’s third largest economy and there’s plenty to worry about.

Mr Renzi was considered the only leader left in Europe with a vision for the EU’s future. The German prime minister is too busy in managing the euro-crisis while France is under threat by Front National Eurosceptics. However, Italian citizens disagreed with Renzi’s innovative plan and he quit his position following the conclusive referendum result, which rejected his proposal to stabilize politics and re-vitalize the Italian economy.

Mr Renzi became the second European leader this year to be pushed over by an anti-establishment revolt that saw Donald Trump take the White House and has put the UK on course to leave of the European Union. The outcome leaves President Mattarella seeking a new government chief who can stabilize the political and economic landscape against the insurgents; polls indicates an early election would see the anti-Euro Five Star Movement as the next political party leader. As stated by the Governor of the Bank of France, Francois Villeroy, who is also a policymaker for the European Central Bank, ‘’the Italian referendum may lead to more uncertainty across Europe. However, it cannot be compared to the British referendum: Italian people have been called to the polls to vote on an internal constitutional matter, and not on Italy’s long-standing EU membership“. After the UK, the US and Italy, populist movements across Europe are gaining ground. In the coming 12 months, there are further ‘’unpredictable’’ votes to come: in France, Germany, the Netherlands and perhaps again in Italy too (in the event of a possible Five Star Movement victory).

A clear winner of the Italian referendum is the anti-euro party, the opposition 5-Star Movement that campaigned hard for a ‘No’ vote, although they may have to wait some time before translating the referendum success into an electoral victory. However, Mr Renzi has confirmed he will keep his position at least until parliament has passed a budget bill due later this month. In spite of the pressure from the opposition, early elections are thought to be unlikely. As reported by a HSBC, Italy is unlikely to have a snap election, and instead it is likely to appoint someone to steady the ship following Renzi’s departure. The most likely scenario is that the President will attempt to form a technocratic caretaker government. According to HSBC’s economist Balboni an election could take place in mid-2017. In the event that Italy goes to the polls to elect a new government next year, a 5-Star Movement “win” could ultimately lead to Italy leaving the Eurozone, possibly followed shortly after by Greece. Such events would most likely signal the end of the EU in its current form and kill the notion of a “United States of Europe”.

Impact on the economy and financial markets

As reported by the Financial Times, Italian banks shares opened sharply lower on Monday morning after the referendum outcome, with investors questioning whether some of Italy’s largest financial institutions will now be able to raise the capital needed to recapitalize the Italian banking system. Milan’s stock market benchmark, the FTSE Mib, was down 1.4% to 16,857.0 in opening trading, with a final close at 17,050.2 and just below the previous close on Friday 2nd December. Clearly there were few signs of panic, as the possibility of his resignation had already been factored in.

Practitioners believe the referendum outcome it is likely to have longer-term implications on the economy. Italy’s economy is 12% smaller than when the financial crisis began in 2008. The banking system remains weak and the country’s debt-to-GDP ratio, at 133%, is second only to Greece’s. Italians banks are weighed down with around €360bn of non-performing loans, by far the largest in the Eurozone, and have suffered from broader concerns over the impact of low-interest rates. According to the Financial Times, analysts are watching the planned €5bn recapitalization of Monte dei Paschi, which was thrown into doubt immediately after Mr Renzi lost the referendum. The ailing bank was partly successful in its attempts to recapitalize overnight, carrying out a €1.1bn debt for equity swap according to Bloomberg TV. Notwithstanding, the bank has been warned to expect to expect partial or full nationalisation.

Elsewhere in Europe, equities have responded to the Italian PM’s resignation fairly calmly, with Europe’s key indexes actually trading in positive territory in early trade. The relative calm of the markets on Monday morning indicates that the vast majority of investors’ strategies had taken into account a “no” vote and Mr Renzi’s subsequent resignation, as polls had largely predicted the outcome. As a commentator noted on Bloomberg TV “we had been burned by Brexit, we were not going to be burned again”.

The referendum outcome was not a surprise. After Brexit and the US election, investors have gotten into a routine when analyzing big political events. As reported by UBS Wealth Management the main concern is not the volatility in Italian banks stocks, but likely of a systematic issue for the Eurozone, a long period of political uncertainty and the lack of a recognized European leadership.

In our opinion, the main losers are the world-oldest bank and the Eurozone. Monte dei Paschi di Siena, which is bowed by bad loans and is looking to raise €5bn this month to stave off collapse. Investors are likely to shun this capital raise if political chaos prevails, meaning a state intervention will be needed to save it. Several other lenders also need a cash injection to stay afloat, raising fears of a domino effect and a possible wider banking crisis across the Eurozone. Furthermore, the Italian vote reinforced the widening divergences between the economics needed to sustain the common currency in Europe and the continent’s growing populist’s wave.

Italy’s economy has been among the most sluggish in the eurozone for more than a decade. The increased uncertainty could lead to higher interest rates, lower investments and therefore lower economic growth. These issues are not isolated to Italy and are common across many other Eurozone economies and there is a possibility of a banking crisis in the Eurozone in 2017. With populist movements gaining momentum and significant elections in the Eurozone’s largest economies next year, uncertainty and fear remains the order of the day.

Where there is uncertainty and fear, particularly amongst investors, we expect to see a flight to quality. In particular, defensive assets such as Treasuries, Gilts, Gold etc should perform well. In the real estate space (and the Corporate space), despite Brexit the UK remains a highly attractive place to invest. In a “risk-off” scenario, London is the global real estate “safe-haven” location of choice for investors to park cash and the possible turbulent waters of 2017 could provide an opportunity for London’s PCL market to bottom out.