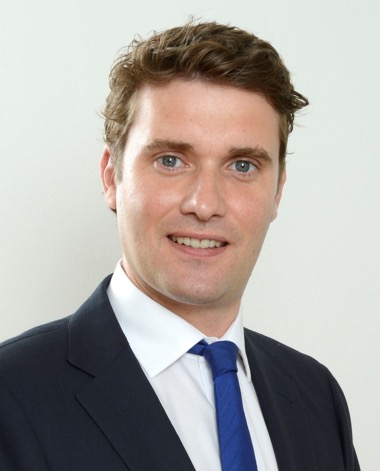 As the date of the referendum to decide Britain’s membership of the EU draws nearer, there has been an enormous amount of coverage on the effect the referendum is currently having on the Real Estate investment market as well as on the potential impact of leaving the EU.

The British Property Federation (BPF) has set up an ‘EU referendum’ section on its website to provide its members with a source of factual analysis on the potential impact of the referendum on 23 June 2016 on UK Real Estate.

This includes a paper setting out some of the considerations on the five potential areas of impact for Real Estate – uncertainty, trade and investment, free movement of people, financial markets and policy matters – together with the likely scenarios for the UK as a whole.

It is generally accepted that in the short term there will be a rally in the markets should the British population vote to remain in the EU on the basis that any uncertainty linked to the referendum will have been completely lifted.

If the outcome of the referendum is a vote to leave the EU, there are three realistic options (assuming that, despite leaving the EU, the UK will wish to retain strong trade links with the EU market). These include:

Summarising the issues discussed in the paper, Chris Taylor, BPF President, said: “The outcome of the EU debate has been represented as a binary choice, but ultimately the vote on June 23rd represents only the beginning of a process in the event of a vote to leave, or the continuation of an ongoing process of evolution of the EU in the event of a vote to remain.  It is clear that uncertainty is currently impacting markets adversely, but the long term implications of the decision in June are much harder to foresee and the diversity of the real estate industry means that individual BPF members may have very different perspectives.”

In relation to UK legislation, the UK’s environmental law derives largely from the EU.  Additionally health and safety legislation, consumer regulation, and data protection could also all be affected.  However, as the BPF points out, it is also important to consider the less direct impacts of a Brexit. Will a vote to leave exacerbate the skills gap currently being experienced in the construction industry? What about the impact on occupier demand, house prices and alternative investment sectors such as student housing?

As the BPF says: ‘Other emerging alternative investment sectors that could be negatively affected include student housing, and the healthcare and hotel sectors, given the importance of free movement of students and employees respectively within the EU to their ability to thrive. The current rate of immigration is also implicit in house pricing today since constrained supply combined with high immigration can result in house price rises’.

Without doubt, there will be other indirect implications of a vote to leave meaning that it is impossible to predict with certainty, after over 40 years in the EU, what life might be like on the outside.”

Comment by Michael Dean, Principal, Avamore Capital Ltd: “Whilst the EU is not an institution that we have any great love for, the current global macroeconomic conditions (and property market conditions) are not suited to such a momentous change.

The leaders of the Brexit campaign have not presented a coherent or credible alternative to EU membership and the arguments have been centred on high minded principles with no concrete proposals for the post-Brexit reality. Voters must be made aware of the likely hiatus in the UK economy post a successful Brexit vote as businesses wait to see what the terms of the UK’s departure from the EU will be. The much vaunted renegotiated trade agreements could take up to a decade to negotiate, if the other countries are even willing to negotiate them at all. President Obama intimated that the UK outside of Europe would go to the back of the queue. Many other international leaders have said the same, namely negotiating new trade deals with the UK will not be a priority and have urged UK voters to stay in the EU.

Our view is that the damage to the UK post Brexit is not a price worth paying for in order to regain some mythical sense of greater sovereignty. We therefore urge voters to vote Remain”

Penningtons Manches LLP is a leading UK law firm with offices in the City of London, Basingstoke, Cambridge, Guildford, Oxford, Reading and San Francisco. It is the founder member of the European Law Group, an association of European law firms, and a member of Multilaw, an association of 73 firms in 60 countries worldwide.