Sneaking a peak inside beautifully decorated homes is my favourite way of finding interiors inspiration.  So, when I was asked to write about some of my favourite, interesting and unusual properties in London  to coincide with Open House weekend, I jumped at the chance. Take a look at what I found:

I’m a huge fan of William Morris so I loved visiting the Red House, which is a significant Arts and Crafts building located in the town of Bexleyheath in Southeast London.

Commissioned by William Morris and built in 1859 by architect and friend Philip Webb, the house was designed to appear like a relic of the Middle Ages.  Morris was deeply influenced by Medievalism, and Medieval-inspired Neo-Gothic styles are reflected throughout the building’s design. It was constructed using Morris’ ethos of craftsmanship and artisan skills and is an early example of what came to be known as the Arts and Crafts movement.

Red House was both a family home and creative hub, with William and Jane Morris inviting a number of their artistic friends over to collaborate and help to decorate the house; including Edward and Georgina Burne-Jones, Elizabeth Siddal and Dante Gabriel Rosetti.  Red House is filled with collaborative works of art by the young group of talented artists with many of the original works of art still remaining including wall murals, painted ceilings, leaded windows, tiled floors, fireplaces and staircases.

The entrance hall is undeniably grand with a huge statement cabinet which was painted by William Morris, the beautiful oak staircase with vertical tapered newel posts and a glimpse of the stunning hand painted ceiling above, which includes a hidden smiley face. The current trend for mustard yellow walls is seen in the rustic pantry style room which now houses a tea room. Alongside the house, there is a beautiful garden which was designed by William and architect Philip Webb as an extension of the house with its traditional British flowers and trees.

After its completion in 1860 the couple had their two daughters here and it was the decoration of Red House that led to William Morris setting up his design company Morris, Marshall, Faulkner & Co, and he created some of his earliest wallpapers during this time.

Although initially intending to live there for the rest of his life, Morris found that the house proved too expensive to run and did not suit his lifestyle. After five years, he moved his family to a flat in Queen Square, Bloomsbury and sold the property. It remained a private home until 2002 and its resident between 1952 and 1999, the architect Edward Hollamby, was instrumental in establishing the Friends of Red House charity that helped bring about its restoration. Now in the hands of The National Trust the huge conservation project of this wonderful example of Arts and Crafts architecture continues.

Here’s a sneak peek at some of the wonderful decoration… 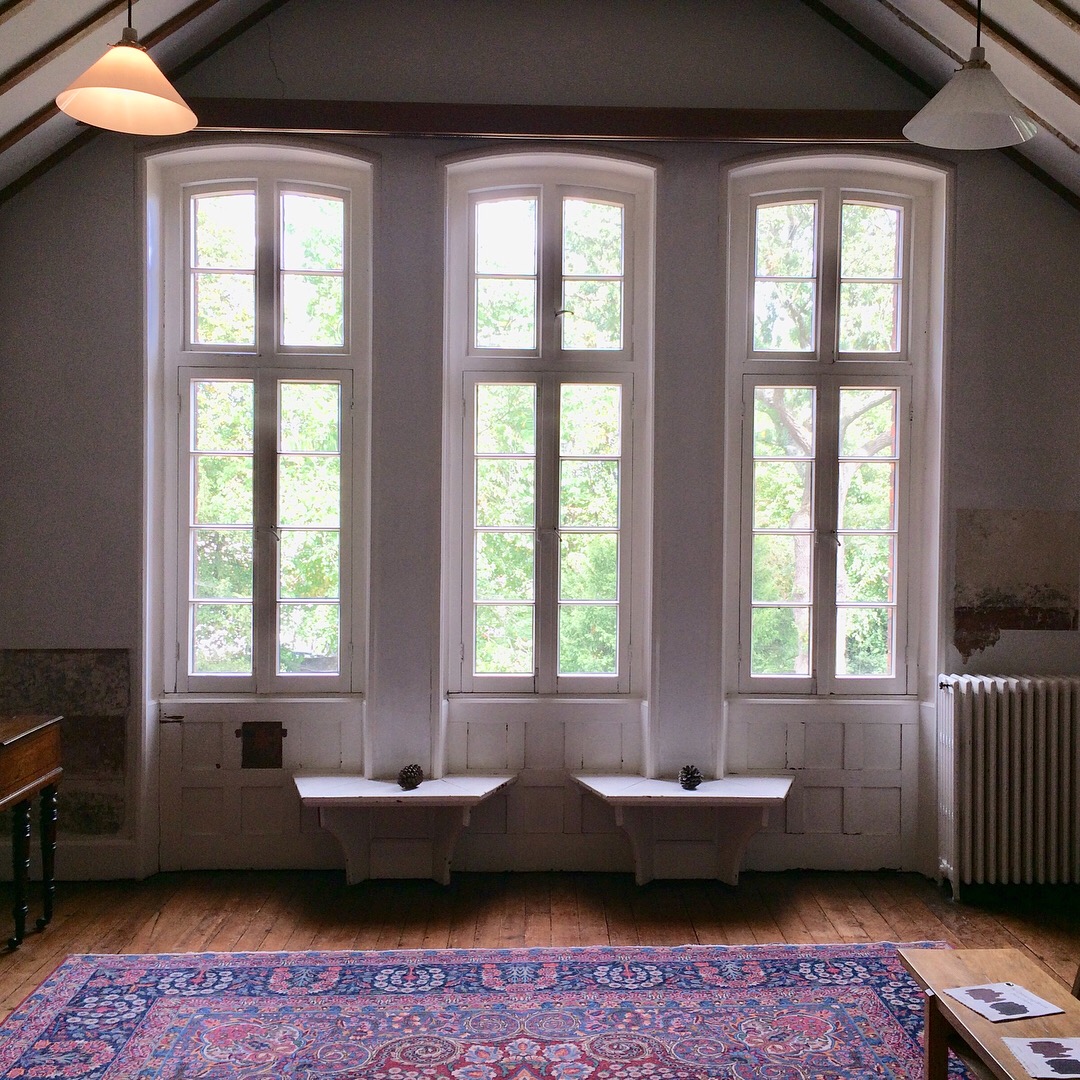 This inspiring Modernist home was designed and lived in by the acclaimed Hungarian architect Ernö Goldfinger, his artist wife Ursula Blackwell and their three children. Now managed by the National Trust, this was one of the first Modernist buildings acquired by the Trust, giving rise to some controversy.

Completed in 1939, this is one property that you either like or you don’t. Although the architect was following Georgian principles in creating it, many people think it looks uncannily like the sort of mundane 1950’s architecture you can see everywhere. However, it was in fact a forerunner in its day.

Located at the bottom of a hill beside Hampstead Heath, 2 Willow Road is the centre house in a block of 3 which were constructed using concrete and a facing of red brick. A number of cottages were demolished to allow for the construction, which was strongly opposed by a number of local residents including the author, Ian Fleming, who lived nearby and disliked the building so much that he named the James Bond villain, Goldfinger after the architect!

On entering the house, the hallway feels dark with dimpled non-slip rubber floors similar to those used in workshops.  A spiral staircase designed by Danish engineer Ove Arup leads up to the house which has been kept much as it was when lived in by the architect, which gives you a glimpse into his world and family life. The house was designed to be flexible, with movable partitions and folding doors. The large steel framed windows offer impressive views of the Heath.  The colours inside the house include a bold blue on the ground floor, and bright red gloss on the first-floor doors. Much of the furniture was designed by Goldfinger and the house also contains a significant collection of 20th-century art by Bridget Riley, Marcel Duchamp, Henry Moore and Max Ernst.

This house is very different and a must see for anyone interested in Modernist design.

Wentworth Place, as it was originally known was built in 1815-16 for the Dilke family and Charles Brown. From the outside it looked like one villa but the interior was divided into two homes.

It was the home of the romantic poet from December 1818 when he lodged with his friend Brown. The following year, the Dilkes moved away and Fanny Brawne and her family moved into their side of the house. John Keats and Fanny Brawne fell deeply in love and got engaged but were unable to marry, initially because of money but later because Keats became too ill.  Keats was advised to move to a warmer climate in the hope of alleviating his tuberculosis and left London for Rome in 1820.  He sadly died of the disease, the following year aged 25.

The interior of Keats House was sensitively restored and reopened in 2009, and again in 2014 following an Arts Council England grant; the refurbishments reflect the original decoration of the property, creating a living space that Keats would have recognised and providing an authentic example of Regency style.

It was living in this house that Keats wrote his greatest and most enduring poetry which are displayed on wall boards throughout the house.  His room with writing desk, collection of books and bedroom complete with Queen Anne bed, provide a good glimpse of Keats’ stay here.

Now a museum and literary centre, as well as touring the rooms, you can attend events and talks in the poetry reading room and see a display on Keats’s sweetheart, Fanny Brawne. The love affair was the subject of the movie ‘Bright Star’ (2009), directed by Jane Campion, and a selection of costumes from the film can be seen in the house, alongside the engagement ring given by Keats to Brawne. The garden, where the poet composed ‘Ode to a Nightingale’, is a particularly pretty spot.

This elegant Regency house is definitely worth a visit with each of the rooms packed full of interesting information about Keats’ amazing (and sad) life. 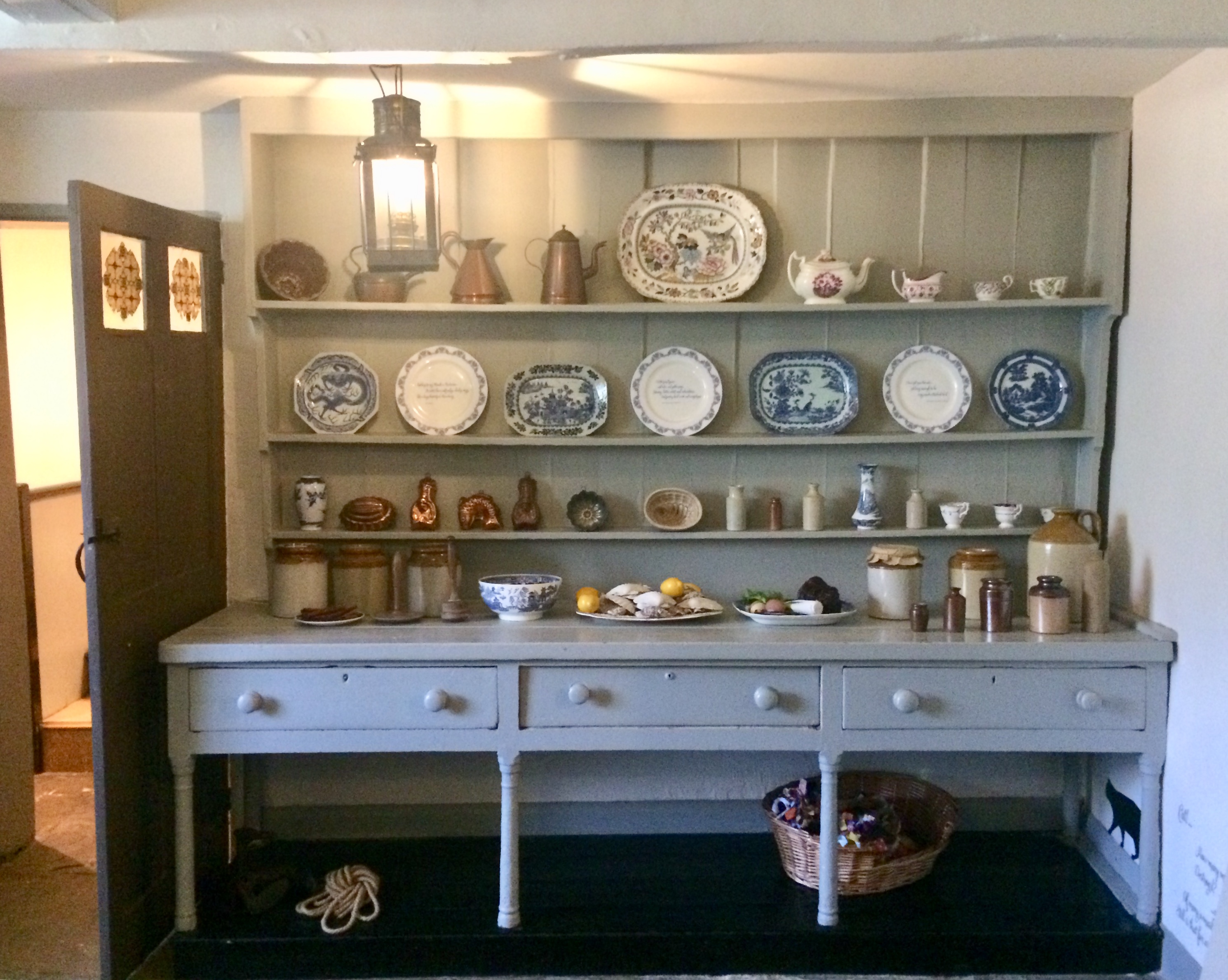